Drew Nelson
Blues / Roots
Capon / Sarah French Publicity
Drew Nelson comes from Ottawa. This singer / guitarist / Canadian composer was originally influenced by the Chicago blues and rock’n’roll. In 1989, he formed his Drew Nelson Band. And in the wake combo published his first Elpee, “The Drew Nelson Band”. Then “The Honeymoon’s Over” in 1990. In 1994, he recorded “Mr. Nelson’s Neighbourhood” solo. In 92-97, he commits three elpees in the company of Dutch Mason. Then he disappears from circulation. It must . wait until 2001 before he resurfaced He released “Just because” long playing solo for which he received the backing of Steve Marriner harmonica And in 2006, appears “30 odd years” New long silence..; and eight years later, he finally has the will and determination to make a comeback. To achieve this, he again receives support from Southside Steve Marriner, the leader of the trio MonkeyJunk “The other side” is a work . blues / roots together eleven tracks, nine of which are signed by Nelson The sessions were held at Signal Path studio in Almonte, Ontario Three Musicians are fully involved. Drew on vocals and guitars, Matt Sobb to battery and Marriner on bass, harmonica and a host of other instruments.

Surprise is a composition of Bob Dylan, “Seven Days” which opens fire. Armed with his slide guitar, Drew sings a nearby voice of Zim beginnings. A recovery in good order. Marriner primer “Make it right” on the piano, blues printed on a steady tempo. The slide purrs and young Marriner (not yet 30) quickly takes out his harmonica; and obviously it is especially gifted. He further donation to whip enthusiasm Nelson freeing excellent soaring strings. “Stick around” adopts the rhythm of reggae. Kelly Sloan reserves the backing vocals and Steve is responsible for the organ. The recovery of the notorious “Bird on a Wire” by Leonard Cohen is very successful. Illuminated by the pedal steel of John Steele (Cooper Brothers), it plunges us into a country climate. Southside we go to Chicago for “One more chance,” a slow blues very close to Muddy Waters. The harmonica Southside Steve and slide Drew resurrect the tandem of Little Walter and Muddy Waters. And it’s a real treat! “Valentine” leads us to discover the grim landscape of Louisiana swamps. The sounds are reverberating. The strings of Drew and baritone guitar Marriner are rubbed. Top Notch! Nelson takes the deep voice of Johnny Cash to perform “Drifting away”, a country ballad marked by the return of the pedal steel. And the result is sublime! Characterized by its changes of pace, “Please come home” blues is of good quality, in which the harmonica young Steve reignites. Ballade tenderness footprint “Did you ever?” has excellent arrangements provided by the six strings and saxophone Steve Trecarten. “Get it!” is pure dynamite. A rock’n’roll stimulated by the devastating slide and Steve doubles on piano and harmonica. Folk ballad roots, “The other side” is scanned by the cello Ken Kanwisher. Successful return to Drew Nelson! 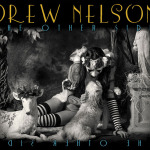 Seven Days // Drew Nelson - The Other Side